Overlooking Florence from the Piazzale Michelangelo

Just got back from spending a week in Florence, Italy with my family! We don’t get to see each other so often, so why not make it even more special by heading to Tuscany for some family time?

My parents, Koen, and I arrived in Florence first, in the early afternoon. But before any exploring could begin, we needed to have lunch. We were staying in a great apartment just outside of the busy center and the owner gave us what turned out to be the best recommendation – Trattoria da Tito! Mmmm! This trattoria opened in 1913, and the atmosphere was so cozy! I had looked up typical Tuscan dishes and was able to cross off 2 just with my first lunch. The first was my starter: Pappa al Pomodoro, a tomato and bread soup made with stale Tuscan bread, tomatoes, garlic, and basil leaves. The texture was different than I expected – much thicker. Very delicious! And for my main, I split the Bistecca alla Fiorentina, a t-bone served rare, with Koen and my mom. Wonderful, excellent, perfect! And everything paired with a Super-Tuscan wine and topped off with limoncello and a special laurier liquor made by the house! 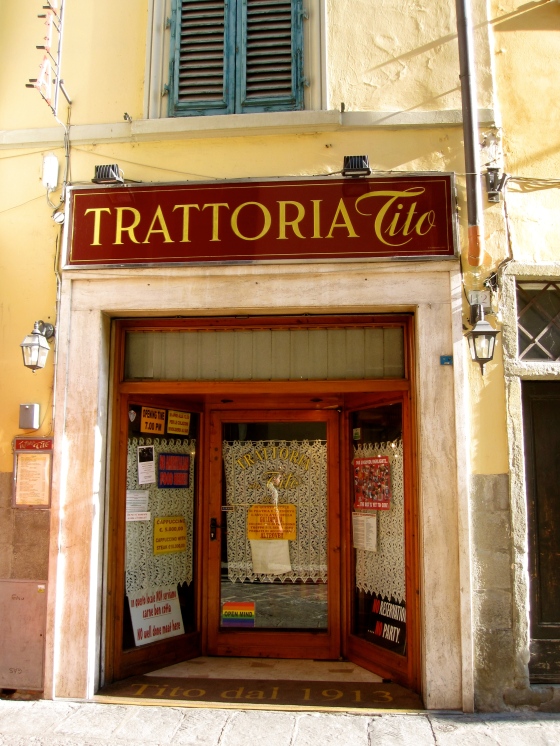 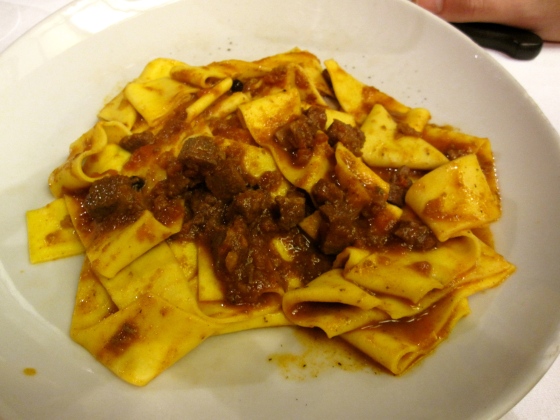 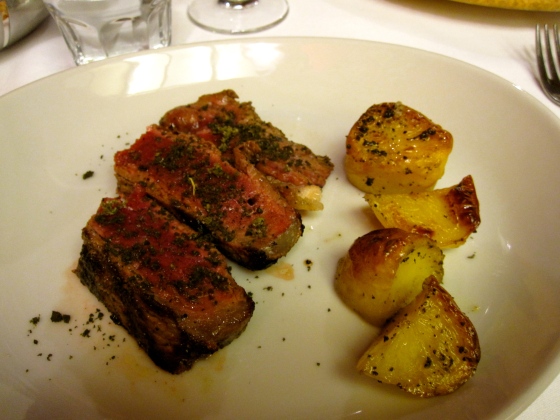 After a very filling lunch, we headed into the center to see the city. I have to say Florence was much smaller than I initially realized. I thought it would take days to visit all of the piazzas, but everything is relatively close. So we did an initial overview, and in the coming days explored each piazza more in depth. We started with Piazza del Duomo (Cathedral Square), followed by Piazza della Signoria. At that point we were ready for some gelato! 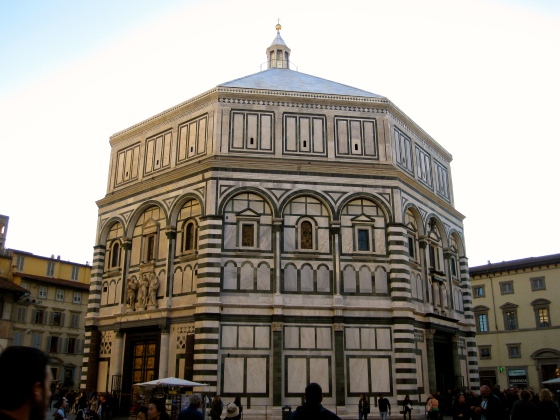 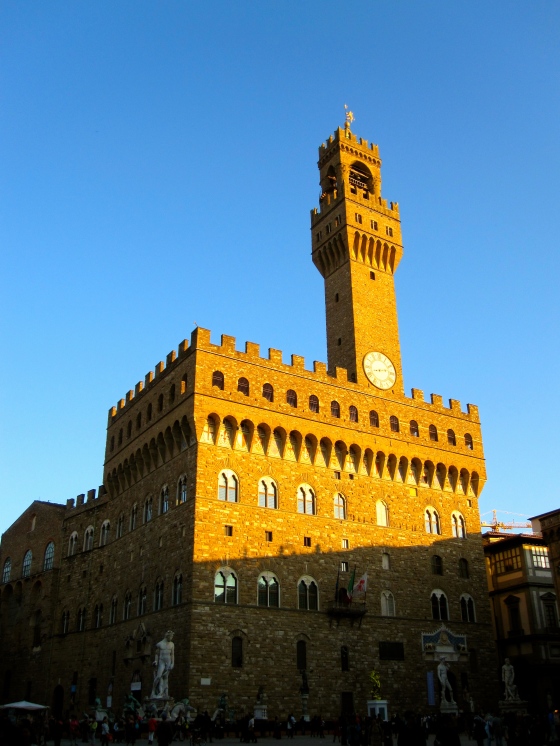 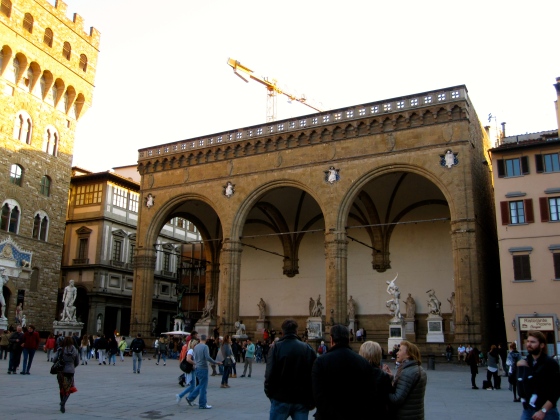 Then we crossed over the river via the Ponte Vecchio, the famous bridge with shops built along it, to get to the Oltrarno (Left Bank) neighborhood. Oltrarno has many hills to climb, but it’s worth it for the view! We climbed up to the Piazzale Michelangelo for a beautiful night-time view of Florence. 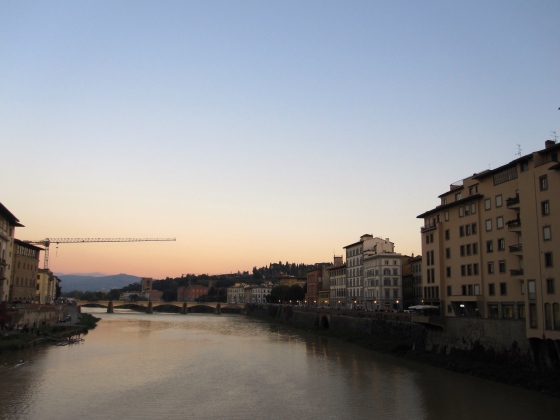 First view of the Arno River 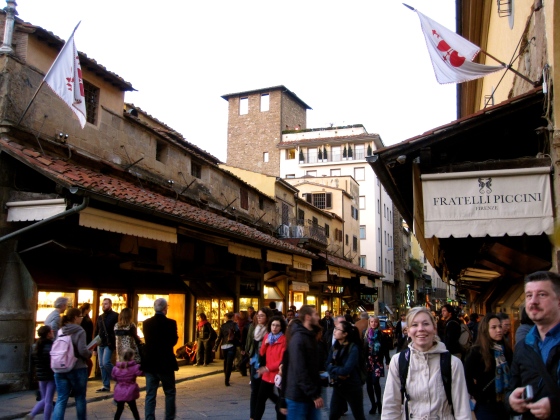 Approaching the Ponte Vecchio – so busy! 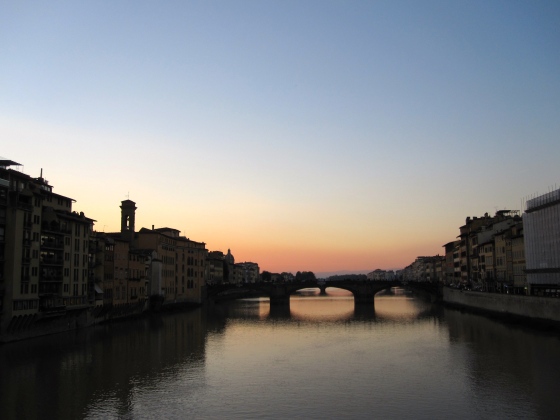 View from the Ponte Vecchio 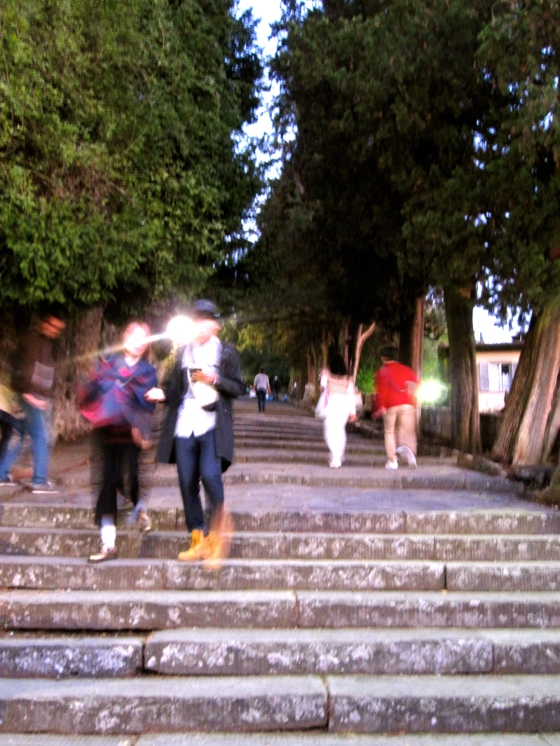 Climbing to the Piazzale Michelangelo

View of Florence from the Piazzale Michelangelo

The walking gave us an appetite, so we headed to the Piazza Santo Spirito, known to the locals as Lovely Florence. The owner of the apartment let us know that this was the best area to go for dinner in the city. We decided on Borgo Antico for pizza!

2 pizzas: margherita with mozzarella and salami

A piece of the margherita with mozzarella

We took a scenic walk along the Via de’ Tornabuoni, the high fashion street, heading toward the Mercato Centrale. The San Lorenzo Market is made up an outer market, leather goods and clothing, and inner food market. My brother and his wife were arriving the next day with my little nephew, so wanted to pick up some goodies for a welcome lunch. We wound up leaving with Chianti Classico wines, meats, and cheeses. Mmm!

Crossing back to the otherside of the Arno; view of the Ponte Vecchio at night 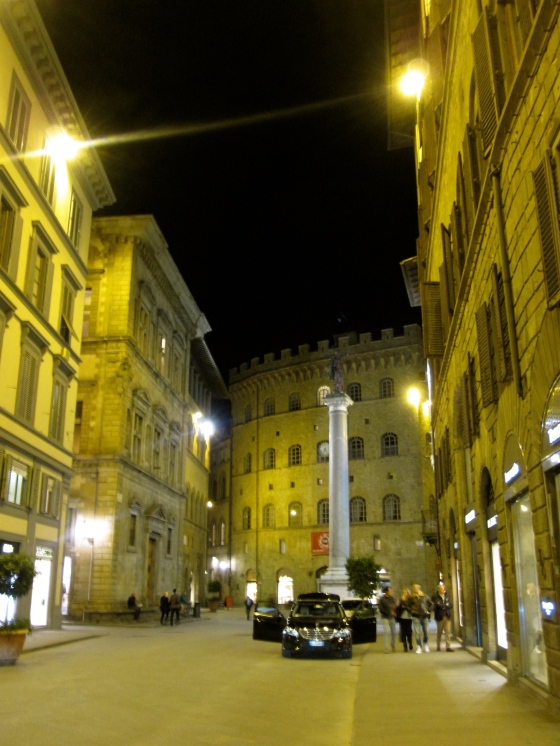 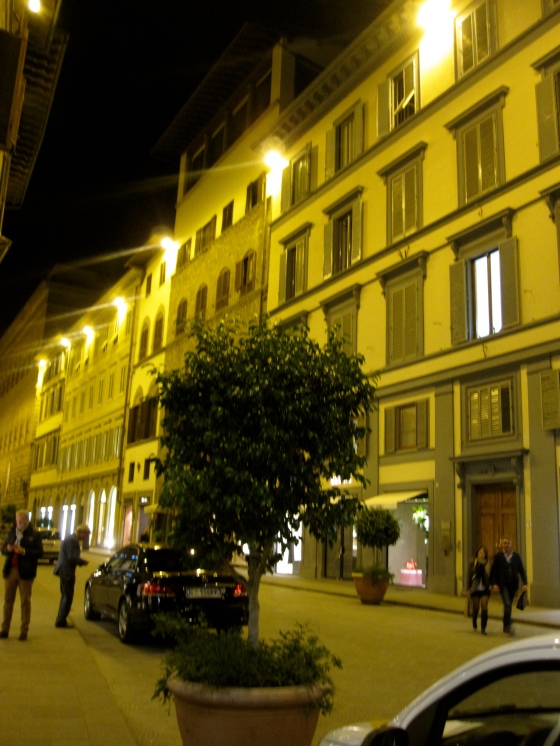 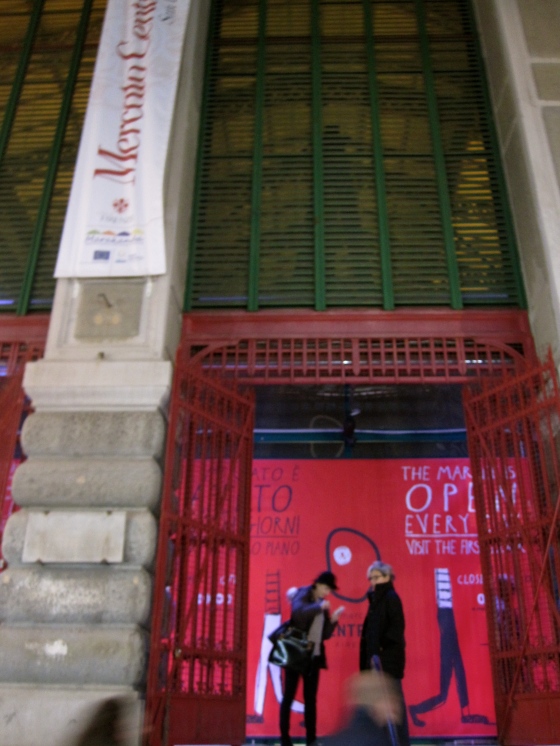 Picking out our salamis and ham

Dining area with a replica of David